So often, it seems, I meet up with business execs for whom the only thing that matters is the money. In a big corporation, it’s often about the current quarter and the stock-price; in a smaller business, it’s often about immediate cash-flow; in a non-profit, or government, there’s an endless obsession about monetary costs.

In short, a constant sense of struggle, about performance, measured almost exclusively in monetary terms.

Which is fair enough, I suppose.

Yet what they’re caught on is the Performance Paradox: that in any complex ecosystem, we get best performance, in terms of some chosen end-point, by paying detailed attention to everything except that end-point – yet whilst still holding the end-point always in mind as the deep purpose for every action.

And that’s why they have that endless sense of struggle: it’s because that one theme that they’re obsessing about is actually the only one that doesn’t matter. Not on a day-to-day basis, anyway.

Okay, yeah, the Performance Paradox will maybe seem a bit weird at first. But it’s a paradox that, in enterprise-architecture and elsewhere, we cannot safely ignore – because if we fail to understand how it works, and instead allow execs and others to over-focus on the wrong concerns, that’s the kind of mistake that kills companies.

Don’t believe me? Fair enough: it’s a paradox – it won’t make sense at first. Paradoxes don’t: we have to work at it to make sense of them.

But for a practical example, take a look at what happens for an athlete. 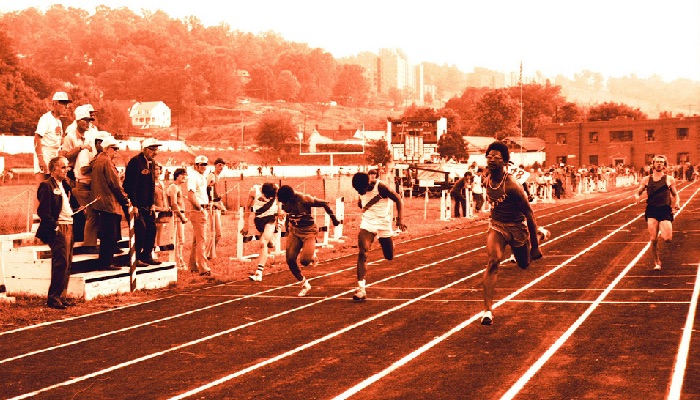 Let’s expand this onward a bit: what about what happens in a more technology-oriented context – a motorcycle-race, for example? 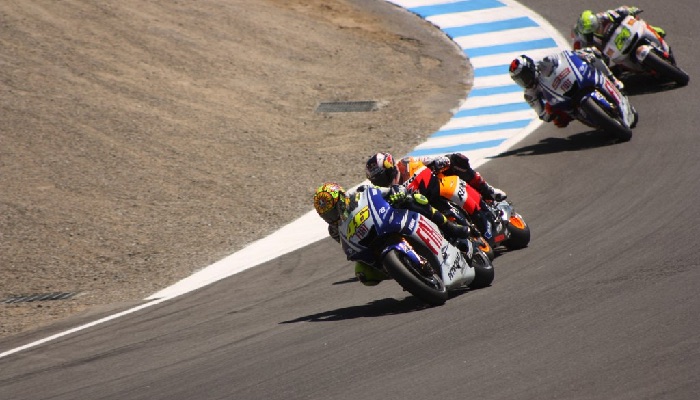 In practice, it’s almost exactly the same as for the athlete: we need to keep our focus not solely on the desired outcome, but much, much more on the themes that make that desired outcome possible, then probable, then certain – or as certain as possible, anyway.

But the catch – as we see so often in mainstream ‘enterprise’-architecture and the like – is that in any high-technology context, people tend to over-focus not on the intended-outcome, but on the technology itself. Which likewise doesn’t work, because the Performance Paradox demands that we pay appropriate attention to everything in the context – not just one part over all others. (See the post ‘RBPEA: The dangers of ‘anything-centrism’‘ for more on this.) The crucial rule for all architectures, in particular, is that everywhere and nowhere is ‘the centre’, all at the same time.

Given all of that, what does this look like in practice, in an everyday enterprise, in business, government or elsewhere?

Unfortunately, this is where it gets kinda tricky…

As enterprise-architects, we report to managers, of course – everyone does, eventually. But there’s a huge problem here – called ‘management’. Management itself. And our managers most likely won’t like to hear that – at all… Which means there are some real challenges here that we somehow need to face.

Unsurprisingly, most managers would prefer to believe that they know what they’re doing. But the blunt fact is that much if not most of the current standard toolkit for managers in essence assumes that there is no such thing as the Performance Paradox. Instead, it assumes that if we focus all of our attention on the end-outcome – or, worse, some other arbitrarily-chosen side-outcome, such as cost-targets – then everything else will magically ‘just happen’. For example, we’ve all heard of the infamous exec who announces “Our strategy is last year’s profit plus 10%” – I’ve once even heard a CEO of a bank pronounce those exact words. Everything is then focussed on that one arbitrary target. But there’s a simple catch: it doesn’t work.

(Believe me, it really doesn’t work. In that case, the bank went crashing down from the most respected in the region, to the least respected, in just six short months. Its reputation fell so far and so hard that even its own employees had to tell their friends that they no longer worked there, or else they got hit personally with all of the social anger aimed at the bank. And yes, it took a lot of work to get the bank out of that manager-created mess. Not A Good Idea…)

Take a look at the standard MBA-style toolkit for managers: targets, schedules, deadlines, controls, performance-based pay, and so on. The blunt reality, again, is that none of those tools will work well, if at all, with the Performance Paradox: but almost every manager I’ve ever met wanted to believe that they would – in part because they give such a comforting delusion of certainty and control. In effect, the tool becomes an end in itself, overriding both the local context and the deeper aim or intent. The result, in far too many cases, is a disastrous downward-spiral into a maelstrom of failure-demand, escalating ineffectiveness, and worse.

For example, a common favourite with managers and politicians alike is the use of arbitrary numeric targets – such as in the case of that bank above, with its ‘strategy’ of ‘last year plus 10%’. But the blunt reality is that such targets are always gamed, always create perverse-incentives, and always distract attention away from the actual underlying need. And in the health context, for example, such misplaced ‘controls’ can and do lead directly to loss of life:

The horrors at Stafford Hospital were failures of clinical care – but these were the symptoms, albeit deeply distressing, of a serious underlying illness. And that deep rooted pathology is the stranglehold that managers, many apparently devoid of an ethical code and certainly without a regulatory body, have on the NHS [UK National Health Service].

… Where some poor care may, arguably, stem from a fault line in the training of nurses, we found evidence that the poor care and failure to control infection were related to the determination of managers to drive through financial restraint and achievement of targets.

I’m acutely aware of the old warning that we should “never expect someone to ‘get it’, if their current status or pay depend on not getting it…”. But somehow, somehow, we have to wean managers off their dependence on targets and the like: otherwise the Performance Paradox will ensure that whatever they – we – do will only make things worse.

Performance matters in every enterprise – of course it does. But we win the race by paying detailed attention to everything except that end-point of the race – yet whilst also holding quiet awareness of the deeper aim and end at all times. There are ways to do this, that do support the Performance Paradox properly – though perhaps unsurprisingly, some of those ways can be somewhat paradoxical in themselves. How we do make it all work, and build an enterprise-architecture works with the Performance Paradox, for everyone, is perhaps one the hardest challenges that we’ll face, as enterprise-architects – but also one of the most rewarding challenges too. Which is a Performance Paradox in itself, perhaps?

3 Comments on “The Performance Paradox”