If you want to understand what our enterprise-architecture disciplines really need to be able to address, take a good long look at the healthcare context. Complexity of every possible kind: whole-of-system interactions, interweaving lifecycles, the urgent mixed in with the long-term – it’s all there. By comparison, ‘enterprise’-architecture’s ‘usual suspects’ of insurance, finance, banking and tax all look laughably simplistic by comparison – and the usual IT-centric frameworks won’t work well in healthcare at all. 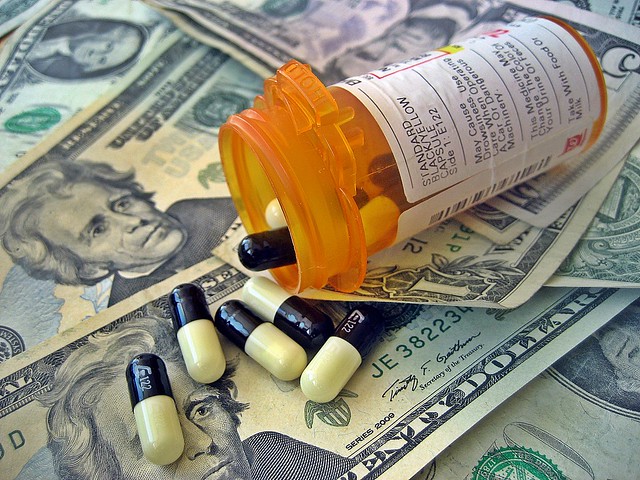 Yet it’s not just IT-centrism that’s a problem in this context: the incipient ‘money-centrism’ of our current business-cultures is often even more damaging to healthcare. A good summary of just one part of the present predicament there can be seen in an opinion piece by Richard Vize in the BMJ (British Medical Journal), a couple months back: ‘Performance will only improve when financial incentive schemes are ditched‘:

After 30 years of failure, the NHS [UK National Health Service] is embarking on yet another attempt to devise the perfect payment regime. [The new report] highlights the absurdity of clinging to this shibboleth despite decades of evidence that it doesn’t work.

The most obvious absurdity described in the article is the set of predetermined prices for some three thousand medical services – all of this despite the reality that one of the few things that are certain in medicine is that much of it is inherently-uncertain. Yet to compound that fundamental error, the report then tries to define and assign financial-incentives that, as Vize notes, are “designed to drive behaviours around everything from adopting new technologies to how a hospital is cleaned”. The report’s recommendation on this is, as Vize wryly remarks:

…or, in short, just about every trick and technique that we know does not work in any complex, inherently-uncertain, inherently human-oriented and highly skills-centric context.

And yes, it gets worse. What we want in healthcare are people who focus most on healthcare – itself  the quality of healthcare. Money does matter, of course, but it would not be their first concern. For example, as David Oliver puts it in an another article (not online, unfortunately) on the same page of the BMJ, ‘Will pay premiums help lure doctors to shortage specialties?’, “I don’t think those drawn to these areas of practice are much motivated by financial gain”. Yet those financial incentives do appeal those people who focus most on money – particularly money for themselves. Or, in a healthcare context, money first, healthcare second – if at all. Which is exactly what we don’t want in a healthcare context – not least because it can and does cause death, disease and damage to large numbers of people. So the real result of financial incentives in that context is that they reward the behaviours that we don’t want, and often penalise the behaviours that we do want. Not A Good Idea…

An over-focus on money is also often ineffective even in purely monetary terms. In his article Richard Vize gives an example from the north-west of England, where two clinical groups battled for more than a year over contractual disputes: “Whole teams were pitted against each other, while the big questions of how to transform the local care system went unanswered”. In that case, though:

The leaders, thankfully, decided to get a grip of the problem. recognising that their reliance on financial levers was at the heart of their difficulties. They decided to work collaboratively and transparently, with open financial books, for the benefit of the whole system.

And doing so had huge payoffs, even in purely financial terms: “Data were used to improve services rather than drive payments. Redesigned clinical services and millions of pounds in savings followed.” Those are results that any enterprise-architect would want to see.

As we move enterprise-architecture out of the IT-centric box, and into covering more of a whole-of-context scope, we need to be increasingly aware of, and cautious about, the impact of any incentive-schemes on our architectures and their real-world operation. A badly-designed incentive-scheme can not only destroy the value and even the functionality and viability of system-designs, but can sometimes destroy it many times over.

As enterprise-architects, we need to be especially wary of money-based incentive-schemes – not just because they rarely work well, but because they push people into what is literally a different enterprise. By that, I mean that the guiding vision for the respective enterprise places money, not health, as its highest priority – in other words, closer to the enterprise of finance or banking, than to the actual enterprise of healthcare.

Another key criterion for success in the healthcare enterprise is explicit acknowledgement of the inherent-uncertainties of that context. For instance, as Vize also notes in his article, a key factor in that example of successful resolution of a dispute in healthcare-provision was that the two groups agreed that “they would share responsibility for resolving problems such as demand spikes” – in other words, acknowledging the inherent-uncertainties. Yet one of the core claims of the money-system is that it can eliminate uncertainty – which, clearly, it can’t, when something is inherently uncertain. This is yet another reason why we need to be wary of any over-reliance on monetary-based metrics.