RBPEA: Imagine a world beyond money

After the previous post, we’re left with a question to explore: Does money really make the world go round? Or would our world actually be better without it? Let’s put it to the test…

We know already that money doesn’t work well everywhere: for example, as the old song warns us, money can’t buy me love. It doesn’t work well as a way of running a household, either: despite pocket-money-for-chores and suchlike, we won’t expect much appearance of washing-up futures or exchange-rates between bedrooms. Instead, we mostly replace any need for money there with one simple question: “What do you need?”

So rather than trying to push monetarist ideas down into the household, where we know they don’t work, what would happen if we instead scale up what works in the household, and apply it to the High Street, the Main Street or the mall? In short, imagine a world beyond money – without any need for money itself.

Simple: imagine that we’ve replaced every single money transaction with that one phrase “What do you need?”

So go for a wander in the High Street, the Main Street, the mall. And imagine that every place, every transaction, where you would expect to exchange money now, there’s instead that one phrase of “What do you need?”.

What would remain much the same, other than the absence of money? What instead would be deeply different? 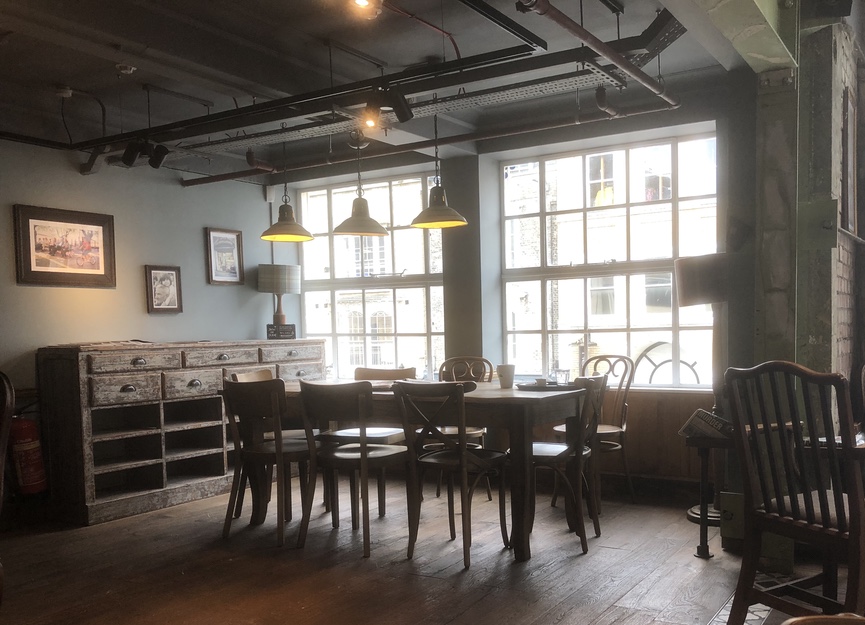 Cafes, for example. Imagine sitting in the cafe, hot drink in one hand, a chocolate-biscuit in the other, looking down at the shops in the street below. A quiet time to reflect: just what you need right now. Yet no money has had to change hands: instead, just that one question “What do you need?” How does that feel? How does it work, in this real life?

The same for clothes-shops, for camping-gear, computers and cameras, for the whole kit and caboodle of everyday life. What’s different, in the hustle and bustle of the market in this no-money world? What isn’t different?

That common cry of “Cash or credit?” – what happens there? If there’s no need for money, whence the cash-machines or credit-card terminals? What would replace them as a means to manage a society’s shared-resources?

What about banks or building-societies? If there’s no need for loans or payment plants, why would they exist? If those money-centric services are irrelevant to this moneyless world, what else instead would have taken their current so-central place on the High Street?

Insurance? Taxes, too? Or traffic-wardens? No doubt there’d still be something similar to each of those, yes, because there are real needs there – yet the core question in each case would always be “What do you need?” In which case, what does each of those look like in a world without money?

Real estate? Rental? Retail stores? Restaurants? Same again: all much the same as now, in terms of services they supply – but perhaps an opposite emphasis to now, more on not selling or supplying anything that does not satisfy any real need. In which case, what do you see in this imagined world?

In imagining it, imagine yourself moving around in that world, reaching out to support your own needs, and the needs of others too. What do you hear in that world? What are the sights, the sounds, the scents and other senses? What’s different here? What stays the same?

And then, having imagined that world, holding it in your mind and more – what would need to change, to move us to there from the world we live in now? What’s different, step by step? What are the dependencies? – which changes must come before others, to make it all work?

You can imagine a world beyond money: you know that now.

The next question, of course, is why doing so might be more than just a fun exercise for enterprise-architects and others – why it might in fact be not just useful, but urgently important for us to do so.