And with it, big changes coming up for me, all within the first half of the coming year.

In late January, there’ll be the launch of the first book in my new series on ‘Change-mapping‘: 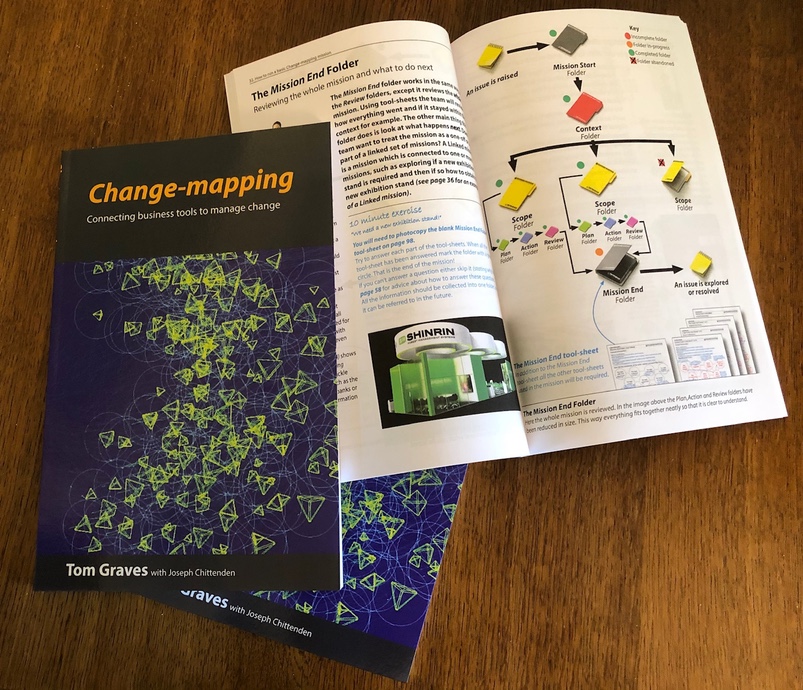 Co-authored with designer Joseph Chittenden, and more than two years in the making, it’s our approach to resolving one of the most infamous challenges for anyone in business and elsewhere: how to avoid getting lost down the rabbit-hole when tackling complex change. The way we do this is via a method that works the same way everywhere – every context or content, every scope and scale, every level of complexity, in every stage of lifecycle from strategy to design to build to operations to decommission and back again. The basics are straightforward enough for anyone to use, and simple enough for anyone to pick up in seconds – yet in essence it still works the same way even at insane levels of complexity.

Also important: it doesn’t really replace any existing tool at all. Instead, it provides a means to link tools together into a consistent whole. If our existing tools and methods are the building-blocks for change, then Change-mapping is the glue that holds those building-blocks together. This gives us a toolkit that’s infinitely extensible, infinitely customisable to any need – and yet still works the same way everywhere.

This first book is a basic ‘how-to’ introduction to Change-mapping, very visual, very much focussed on the practical and the everyday, using simple generic tools as a basic yet still useful starter-kit. The second book, which I’m working on right now, will be more technical: it’ll focus more on the ‘how it works’, the underlying theory and methodology, and also how to link any other tool into the toolkit. And the third book will extend the basic toolkit from the first book, with most of my existing tools for change – SCAN, SEMPER, SCORE, Visioning, Enterprise Canvas and the rest – all reworked into the same consistent visual and more-accessible style. If practicable, we want all of these books to be available and published within the first half of the coming year, in print-format and probably in some ebook formats too. Website and more details coming soon, anyway: Watch This Space?

Also coming out in the next few weeks, a new print-format edition of my book ‘Changes: a business-novel‘:

As the subtitle says, it’s not just a novel, it’s a business-novel. Or, to be more accurate, it’s actually a practical how-to on how to guide and make sense of change in business and elsewhere, but presented in the form of a novel, with real characters, real actions and real challenges to face:

Marco has a new job: Head of Organizational Change. But his bright new plan to bring the company into the future is falling apart – yet he can’t see why. He’s going to need some help to get him to the other side of this…

When that help arrives, it comes from some unexpected places – and some of it will challenge him to the core. Even if we’re the ones who are creating change, the catch is that change isn’t only for other people: often we’re the ones who need to change the most in order to make it work.

As per that book-cover above, I first published this as a Leanpub ebook a couple of years back. But it’s long needed a print-format edition, and it was also in need of a trim in a few places, a re-do on some of the graphics, and a few tweaks here and there to bring it more into line with our more recent work on Change-mapping. It’s also in need a new book-cover that’s more suitable for mass-market publication. But yeah, it’s essentially all but ready to go now: I still need to finish the updates to the graphics, and we haven’t yet settled on a cover-design, but the text-edit is complete, with revised footnotes all in place. Another Watch This Space item, I guess?

The other big change is that I’m moving on. Most likely back to Australia, though the timing and even the location are far from certain at present: all that is certain is that my time here in England is coming to an end. At the larger scale, part of this is the politics of this place: this country is still pushing so hard in the wrong direction that it would take decades to even begin to repair the damage of what’s coming up here right now – and, to be blunt about it, I’m unlikely to live that long. At a more personal level, my long-term role as live-in carer for my increasingly-elderly mother will soon come to an end, as her medical and other needs move beyond those that I can provide. So yeah, it’s now time to move on.

I would have loved to wander around Europe for a while – but that chance is now lost to us Brits, possibly for the remainder of my lifetime now. Oh well. So yes, Australia beckons, and yes, it feels like it’s now the right time to return. For the next while at least, I’d still aim for the lifestyle of a ‘digital-nomad’, as explored in my series of posts here on ‘EA in miniature‘ – literally go out and practice what I preach, around Change-mapping, enterprise-architecture and the like, in a country and context that does know it has an urgent need for better ways to work with change: 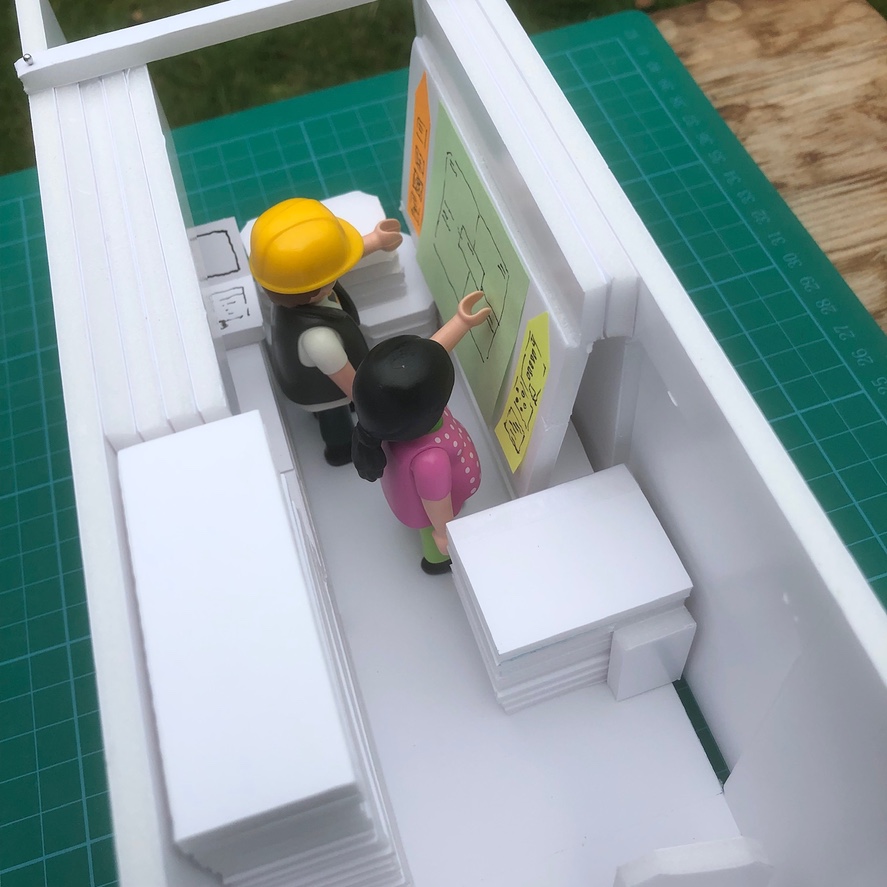 …and document all of that in videos, books, and more: 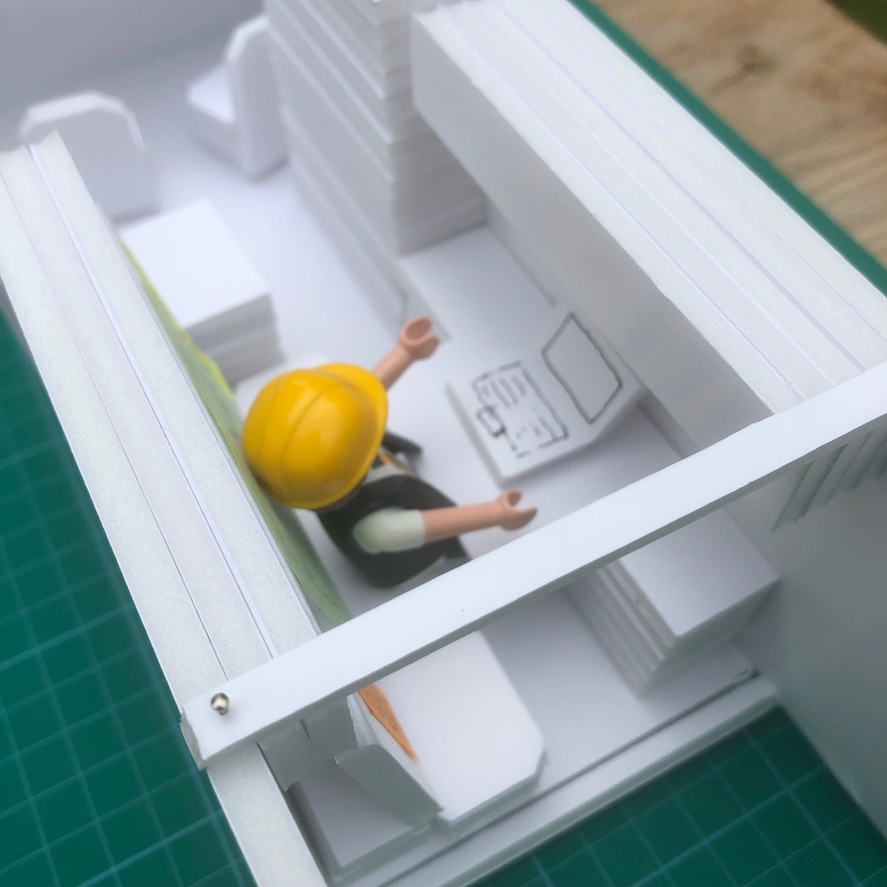 I also have other book-projects that have been on-hold for too many years now: Mythquake, on larger-scale change, for example, or the alternate-history fiction-series The Viner Codex. A lot to do, while I still can…

So if you’re in Australia, and you think it might be worthwhile all round for us to talk and maybe meet up on some aspect of this, perhaps get in touch? – let’s see what we can make with this!

Enjoy your New Year, anyway – and let’s see what the new decade will bring to us all.