(For a quick overview, see also the video ‘Enterprise architecture and coronavirus: Digital legacy‘, in the ‘Tetradian on Architectures’ playlist.)

How will you protect your digital legacy? Do you know what that legacy is? Or where it is?

And what would happen – or not-happen – if all of that legacy of work is lost? 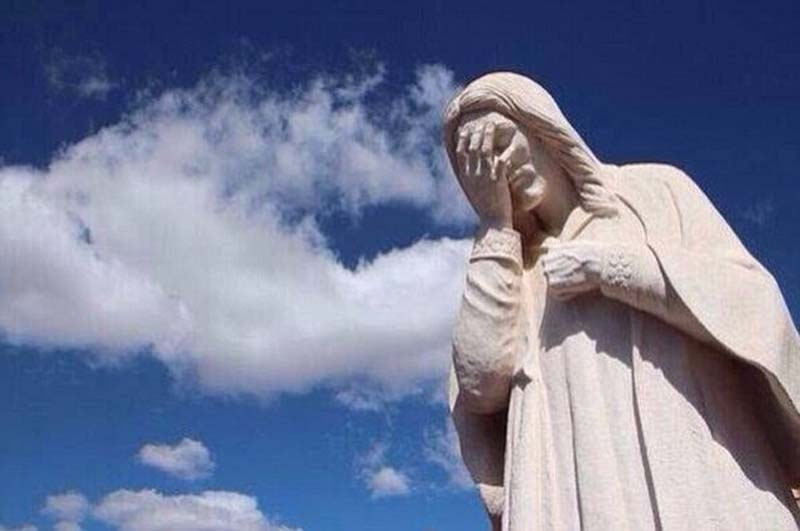 For me, this point was brought home the hard way late last month, when a friend posted a note on LinkedIn that a close colleague had recently died, without any obvious illness to give any warning. Over the decades he’d been involved and influential in so many fields that he’d left a huge digital legacy of his life’s work – one that was definitely worth keeping for future generations, future students. Yet that legacy was scattered across so many different domains and platforms that no-one really knew where it all was – with a risk increasing day by day that key portions of it would vanish forever into the digital aether.

(Just as a personal example of that colleague’s reach, over the past few weeks I’ve been coming across more and more of the comments he’d made on various posts on this weblog, over a period stretching more than a decade. I’ve re-found dozens of those comments from him already – and all of them demonstrate the breadth of his knowledge and wisdom across many fields. So even here, on just one weblog that’s a long way distant from the central focus for his work, and that was just one weblog amongst many that he’d visited from time to time, there’s material from him that’s well worth keeping just in itself. A legacy indeed. Yet note that if my weblog becomes lost, then so do those comments of his: in effect, a double loss of legacy. That’s the point we’re really seeing here.)

Seems to me, then, that we all need to take note of our digital-legacy, and provide some support to ensure that it isn’t lost.

In a business context, probably the nearest equivalent would be escrow, where a supplier lodges copies of essential documents with a third-party to make them available in the case that the supplier company company ‘dies’ in some way (such as by going bankrupt). Escrow provides protection for the supplier’s intellectual-property and suchlike whilst that company is ‘alive’, but also ensures that the customer-organisation is not left in the lurch if anything goes wrong on the supplier’s side.

In my own case, what I’d think of as my ‘legacy’ would include:

As for what it’s worth, I don’t know, to be honest. In terms of direct financial return, not much at present, though someone with better marketing nous could probably increase that ten-fold or more. In terms of its value to others, though, it could well be worth millions in some currency or other – I’ve seen others get that that kind of return from my work, even though it’s rare that much or any of that has come back to me. The real problem has been that so much of it has been too much ahead of its time – but that problem can change radically when, after a decade or so, it suddenly is ‘the right time’…

Any concerns about financial-legacy are made somewhat moot for me because I don’t have any direct dependants or family of my own. For others, though, this may be of huge importance: the financial side of their legacy may be the most important way they can continue to support their family after they themselves have gone. Important to at least consider this aspect of your own legacy, anyway.

So for you, and for me too, some questions to consider:

Given all of that, what do we do about it?

To me, I can see three distinct layers that are triggered by distinct legal constraints or conditions, plus another sort-of-layer that doesn’t have a legal-related trigger as such and that we need to address in a different way. For convenience, we could label those legal-related themes as Stage 1-3, preceded by the other theme as ‘Stage 0’:

— Stage 0: Escrow. This is about protecting the offline part of the legacy, such as the content of personal computers, backup-drives and suchlike.

To do this, ensure that at least one trusted colleague holds an ongoing backup of the offline legacy, including any required access-passwords for that content. That point about ‘trusted‘ is crucial here, because (as above) the content may be commercially valuable, and some of those passwords may also give access to personal and/or financial data. (One way round this might be to split the escrow into two parts: the trusted colleague holds an encrypted copy of the legacy, with another colleague or agent holding the encryption password.) The other point here is that this needs to be a trusted colleague who understands the nature of the content and can interpret it accordingly: key parts of that offline legacy may well consists of rough ideas and sketches, rather than ‘finished’, fully-polished material that can be put to immediate use.

Implementation: Find one or more trusted colleagues with whom you feel safe to share backup-copies and/or content-access passwords. There is no clear legal frame that would apply here, other than the law relating to (breach of) trust.

— Stage  1: Continuity. This is about making sure that key parts of the legacy are not lost to carelessness or accident, by ensuring that costs and contracts for key services are always covered. The obvious example here is internet domains and hosting-services. In my own case, I maintain at least a dozen internet-domains and more than half a dozen websites – and they’re scattered over several different providers. Failing to renew any of those in time could cause key content to be lost – and yet those renewals can be all too easy to either ignore or forget until it’s too late. Hence the need for some form of reminder-system – or, preferably, some support-service to whom that continuity can be outsourced.

Implementation: The simplest method would be via some sort of aggregation service that would respond to all of the billing-requests for the respective service-providers, and then bill onward on a regular basis (probably monthly). The legal frame for this would be a conventional commercial service-contract.

— Stage 2: Disability. This would take place in the context of illness or injury, where the content-creator becomes unable to protect the legacy on their own, and may or may not expect to recover at a later date. In effect, this acknowledges that the legacy is at risk, and hence needs more robust protection. In practice, this extends Stage 1 by adding a personal agent in the loop: the respective content under management would not just be about paying of bills, but also access to social-media accounts and suchlike, such that people who might need access to the legacy can be notified via social-media and other channels.

Implementation: The same aggregation-service as in Stage 1 could hold the respective passwords and other details, and make them available to the respective agent. The most likely legal frame would be an analogue of the existing concept of ‘Enduring Power Of Attorney‘ (EPA), adapting the existing language for EPA on health or financials to the context for digital-legacy. The agent would need to register the respective digital-legacy EPA with the aggregation-service, who would then provide access to the controlled information on notification by the agent.

— Stage 3: Death. The crucial distinction between this and Stage 2 is that – by definition – we’d no longer be able to choose how to change what happens with our digital legacy. At this point, a clear plan must be in place, otherwise some or all of the digital-legacy will be lost. In practice, this extends Stage 2 by giving the agent full access to and control of the respective content.

Implementation: Again, the same aggregation service as in Stage 2, Stage 1 and even Stage 0 could manage the requisite notifications to the respective service-providers. The legal frame for this would be the existing law on bequests, and on the roles of executors and suchlike.The crucial issue is that most existing law on this mandates the availability of a death-certificate – which may take a significant amount of time to obtain, especially if there is any uncertainty about the cause of death, necessitating an autopsy, inquest or other legally-mandated enquiry. For that reason, the respective support for Stage 0, Stage 1 and Stage 2 all must already be in place, otherwise, again, key parts of the digital-legacy may be lost because the respective service-provider bills had not been paid.

Throughout all of that sequence – Stage 0, Stage 1, Stage 2, Stage 3 – the one common factor is that there’s a need for some kind of aggregator-service to manage the respective issues. Which in turn suggests that there’s a very real market-opportunity for someone, or some business, to provide those services.

It’s true that some services do already exist, to handle some or other aspects of these overall needs, in some single jurisdiction or other. Yet I haven’t seen anything so far that covers all of these needs, in a consistent, joined-up way, often across multiple jurisdictions, as per the Stages above. Though if anyone does already provide that complete set of such services, though, and at reasonable cost, perhaps let me know? And if you’d like to build your own business around those ideas, but hadn’t thought of it before, perhaps you could pay me a fair fee for my work in giving you the idea to do so? 🙂

We need this kind of service, though – we all need it. That should not be in any doubt now, I think?

2 Comments on “Protect your digital legacy”