Fiction: Alan: The real cause of war

(The previous post here – ‘Fiction: Elizabeth’s question‘ – was a standalone extract from my ‘Viner Codex‘ storyworld. It does seem to have gone down quite well here, I’m glad to say! So for further possible amusement, here’s another story-fragment, this time from ‘The Viner Dimension‘, a sort-of-novel that’s currently being serialised on WattPad, and that comes from a different part of the same overall storyworld.

‘The Viner Dimension’ is fiction, of course, though in this case the story is set in our own timeline, somewhere in south-east England, somewhen around mid-2010. In this story-fragment, the narrator/protagonist Alan is reviewing some of the records that he found in his aunt’s house, describing a seeming-real version of the 1650s English Commonwealth, still extant in a dimension both parallel to our own world, yet also somehow intersecting with our own timeline too. Here he’s come across an item that links the ‘weird politics’ of the Commonwealth with another theme he’s already seen, about ‘weird battles where nobody dies’ – identifying what the people of Commonwealth saw as the real cause of war, and what they needed to do about it.

The overall milieu of the real mid-17th century underpins perhaps one of the dynamic periods in English history, providing some surprising parallels to our own present-day. There’s a huge upsurge of exploration of ideas, beliefs, technical and scientific development, and much, much more, all of it driven by new information-technologies such as the coffee-houses of London and other other cities, the rapid rise of literacy, much-reduced restrictions on printing and the press, and fast, reliable and relatively-inexpensive mail-services that had become much more available for the general public. If you’re interested in that period, I’d strongly recommend exploring the BCW Project website, ‘British Civil Wars, Commonwealth and Protectorate 1638-1660’: it’s an encyclopaedic resource that I used extensively to guide my development of that part of the Viner Codex storyworld.

I hope this story-fragment sparks a few ideas, anyway – Share And Enjoy!) 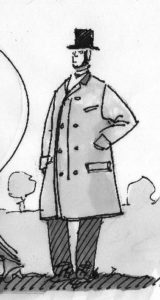 There’s that other theme that keeps coming up so often in so many of Aunt Kat’s papers – the pacifist stuff.

In our timeline, we have different laws for peace and war. For example, the idea that murder, mayhem and maiming others are all major crimes in normal times, but somehow are not only okay but a ‘good thing’ when someone arbitrarily decides that what’s going on can be called ‘war’.

Which is crazy, when we stop to think about it.

Unlike us, the Commonwealth seems to have seen that having different laws for peace and war is crazy. Instead, use the same law, always, everywhere.

They seem to have made that work.

They seem to have made it work even though everyone else amongst the ‘Great Powers’ around them wanted war – and lots of it.

When everyone around you wants war, it’s kinda hard not to get dragged into that mess.

How they did that seems kind of important.

Why they did it seems kinda important too.

In some ways the ‘Why’ about the no-war thing seems pretty straightforward. They set up the Commonwealth in the aftermath of a particularly bloody civil war. Brother against brother and all that. Some so-called glory for some, somewhere in the middle, maybe, but the kind that too easily switches from glory to gory in an instant. Not so fun.

After that kind of mess, they must have wanted it to be ‘the war that ends all wars’. But unlike everyone else, then or since, they seem to have looked more carefully at the real causes of the mess. The causes, not just the symptoms.

And the way they looked at the causes seems to have been through a simple pairing of questions.

What are the benefits to be gained from war? Who gains those benefits?

What are the risks of war? Who takes those risks?

What are the penalties of war? Who pays those penalties?

If they’re the same people in each case, then the ones who might gain from a fight would also take the risks and suffer the pain.

Dissuading that kind of fight is fairly straightforward. The underlying driver in each case is usually some form of what religious folks would call ‘personal sin’ – rage, avarice, greed, lust and all that. And those sins are manageable, through social custom and social means such as the law: the main problem is in dissuading others from joining in to any fight from misguided loyalty and the like.

But if they’re not the same people – in particular, if the people who ‘win’ from war are not the ones who take the risks or suffer the pain – then we face a very different challenge.

For the ‘winners’, there’s a huge incentive to keep on starting wars that someone else will fight. Especially where conscription and suchlike only apply to other people. The age-old game of “let’s you and him fight”, where the only ones who ‘win’ are the chickenhawks, the scavengers and the weapons-makers who pick up all of the spoils but keep well out of the fight itself.

What Aunt Kat’s Commonwealth seems to have realised is that we can’t use the usual law to dissuade the ‘winner’-types from doing that: it isn’t much good at dealing with ‘third-party’ manipulation and the like. The only way to stop it is to make sure that no-one can ‘win’ from other people’s fighting, or other people’s wars.

And the way to do that is to get rid of the whole idea of ‘winning’.

No more rich. No more poor.

No more rich because no more poor.

Ending inequality is itself what stops the fight.