The run-up to winter-solstice seems always a bad time for me, as can be seen all too clearly on this blog, over the respective years. Something about the gathering dark, I suspect… 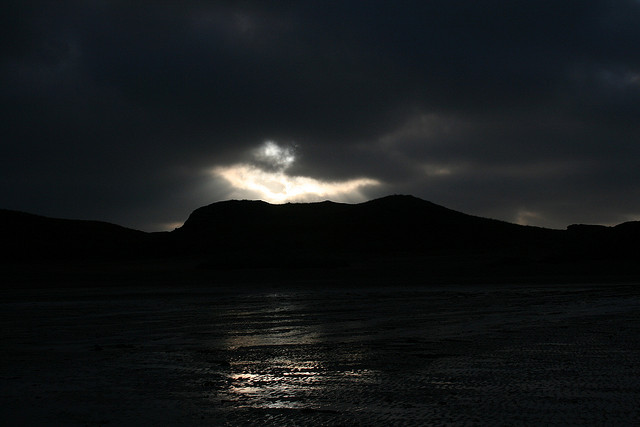 Be that as it may, it really is time I took a bit of a break from some of this struggle. I won’t be giving up on enterprise-architecture as such – though I certainly will be calling a halt on all those futile arguments about what enterprise-architecture ‘really is’ and suchlike. But there’s so much in the pot here already – so to speak – that the EA world really won’t need anything new from me for the next few months or so. Maybe next few years, for that matter.

(There’s plenty I could say, of course, but right now none of it is urgent, and judging by the lack of the response to those last two in-depth series on services and Enterprise Canvas and on ‘really-big-picture enterprise-architecture‘, it’s clear the time ain’t right for it anyway. Oh well.)

What’s far more urgent is to make what already exists more accessible, and simpler to use. So that’s what I’ll concentrate on over the next few months. Some of the items already included on that ‘to-do list’:

— Clean up the toolset – the metaphoric equivalent of tidying up the toolshed, if you like. Disentangle the garden hose, sort out the spades and screwdrivers from that pile in the corner, shine things up a bit, hang ’em up on neat tidy racks on the toolshed wall, each with their own outline on the rack to show where it belongs – that kind of thing. Or, more literally, bring all of the tools-for-change into a clearer and more consistent visual and methodological unity, build a cross-reference between them, and show how to move between them for different purposes. (The post ‘Sensemaking – modes and disciplines‘ gives one practical example of switching between different tools within the same set: what I’d need to do here would be the same idea, but across all of the tools that I’ve described on this blog and elsewhere.)

(Once the toolset is cleaned up, I’ll be doing a lot more work on formal training-materials for those tools. Watch This Space? It’s likely to be available first in both English and Spanish, by the way, with other languages to follow as required.)

— Update the ebooks – and add to that set, as well. The blog-based ebooks on SCAN and Enterprise Canvas are due an update anyway, to include the respective blog-posts from the past few months. There’s a wholly-new ebook on SCAN on the way, with a working-title of ‘The SCAN Sketchbook‘, which will describe SCAN in a step-by-step way, very much visually-oriented, one-idea-per-page. (It’ll be on Leanpub again, using its concept of ‘Publish early, publish often’, so the first part of it should be available from about mid-January 2015.) And I’m brewing a whole bunch of other theme-related ebook anthologies of posts from this blog, such as one for beginners in enterprise-architecture – focussing more on “How do I approach this?” rather than “What framework should I use”? – and another on RBPEA, ‘really-big-picture enterprise-architecture’.

(If you’d like me to develop a set of posts from this blog as a theme for an ebook-anthology, please let me know?)

— Develop an online knowledge-base – a full cross-reference between all of the blog-posts here, the slidedecks and the books. Depending on where we get to with the app-based tools (see next item), this may also become a plug-in module that can be used standalone, both online and offline, on laptops and larger tablets, and possibly smaller tablets and smartphones as well. It’s going to take some time to get all of the content in there – I still have at least 600 blog-posts in the queue for clean-up editing – but the first part should start to happen fairly soon.

(I’ll also be inviting various folks to build your own cross-reference trails, and links to their own work as well. If you’re interested in being involved in that, please let me know?)

— Develop an app-based toolset – with each of the tools from here, and potentially others as well, as plug-in modules to a standard core. I’ve been promising myself to work on this toolset for more than five years now – as described in the post ‘Five EA app-ideas‘, for example. I’ve now at last found a way to get properly started on it – with a few promises of help from people far more competent at coding than I am, too. The first version is likely to be online-only, but we’ll extend that over time to also work standalone, across the whole of the toolset-ecosystem. Overall, this one’s going to take a while, of course, but will certainly include SCAN, SCORE, SEMPER, the ‘This’ game, Five Elements and the full Enterprise Canvas suite, the knowledge-base above, and whatever else anyone wants to add to it, including free-form sketching – eventually moving towards a full-blown toolset for enterprise-architecture and other change-disciplines that can also tackle Archimate, UML, BPMN and much more, and link all of that together into a unified whole. Non-proprietary file-formats, of course, and probably Open Source for much if not most of the development itself – quite possibly everything apart from some optional plug-in app-modules. More on that in later posts, as the project moves on.

(Again, do let me know if you’d like specific tools to be brought forward in the implementation-queue for plug-ins. Likewise if you can help with development, I’d really like to hear from you! The front-end and core plug-in mechanism seem relatively straightforward (if a lot of work, of course), and likewise the interchange file-format, but it looks increasingly likely that for performance-reasons we may need a completely new kind of data-repository for the back-end – so any practical advice you can offer on that would really help a lot. That’s something I will write about on here as development progresses, anyway.)

In short, you probably won’t see so much of me on the front-lines of enterprise-architecture for a while, but I’ll still be there in the background, doing a lot of development for the next stage of a literal ‘architecture of the enterprise’. Will keep you posted here, in any case.

Let’s leave it at that for now. Happy Chaos, everyone! 🙂

2 Comments on “Taking a break”