On not-retiring – a quick status

A quick status-report to say where I’m getting to so far with the business of ‘not-retiring‘.

What I did in the previous post was to list the probable options for what I could/should do next. Given that the amount of work added up to around 10-20 years’-worth, whereas (to be somewhat bleak and blunt about it) it’s probable I won’t have much than 5-10 years available in which to do it, it was kinda clear that some prioritisation would be needed…

A fair few folks were kind enough to send in their suggestions – which, unfortunately, added up to an almost exactly even spread across all of those choices. Which has kinda left me back at square one…

So here’s a quick summary of what I’m doing right now, in approximate priority-order:

— Knowledge-base: To be blunt, I’m stuck. What I believe I need for the weblog part is a wiki-type plug-in for WordPress. After a full week of searching and testing, there seem to be only two of these that even come close to what I’d need: one of them looks really good but turned out to be buggy abandonware that’s still on-sale; the other is quite a bit clunkier in layout, and can only be bought as part of a package at an eye-watering fee of US$49 per month – way outside of anything I can afford for what is in effect a free service….

It’s possible that I could use a knowledge-base plugin, which would be editable only by me – but that would very clunky, and would also defeat the whole object of the exercise, as a shared knowledge-base on whole-enterprise architectures.

The only other options seems to be set up some kind of wiki on a separate domain or subdomain – which would largely defeat the aim of having something tightly linked to the weblog. There are several available wikis, but it’ll probably take at least another couple of weeks to research and test – time that I can ill afford right now. Oh well.

— Fiction: Perhaps surprisingly, this seems to be the highest writing-priority. This is particularly true for the business-oriented book (working-title The end of certainty – which I admit isn’t a good title), which in essence will give a potted intro to the core of the tools I’ve developed over the past decade, in a ‘friendly’ first-person-narrator form that links as much with home-life as business-life. The reasons why I’m making this a priority is that it’s the item that’s probably to completion right now – it’s about 50% complete at present – and would make a good theme for the upcoming NaNoWriMo (‘National Novel Writing Month’) in November.

The other fiction theme is the steampunk idea, that’s actually coming along quite nicely. Here’s a old wood-engraving that for me illustrates well one of the characters I’ve found so far: 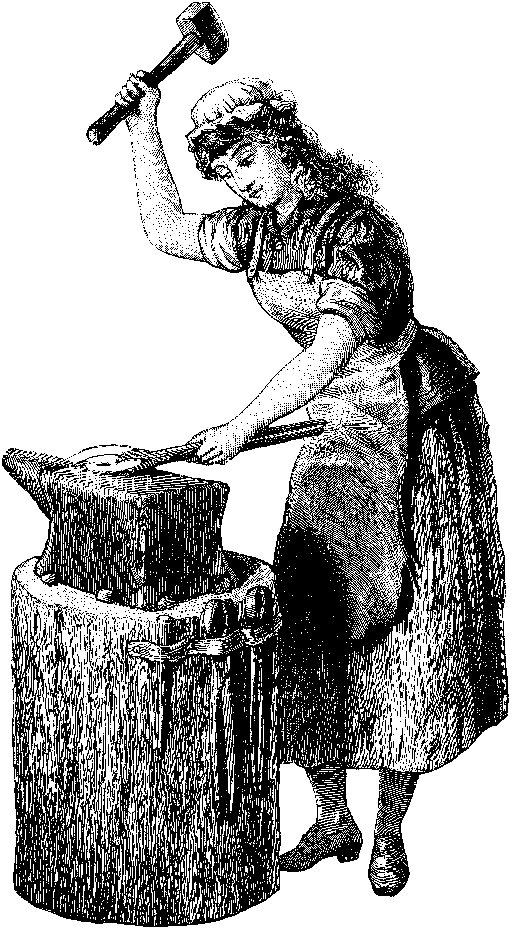 That’ll also need its own (semi)-open knowledge-base, but there’s not so much of a rush on that as there is for the weblog knowledge-base. For now, anyway.

— Non-fiction: For now, the more urgent items are just two of the five books I’d listed in that earlier post: the book on sensemaking and metaskills in general (of which enterprise-architecture is just one worked-example; and the SCAN Sketchbook, which has been urgent for a couple of years already… And I also need to get the remaining earlier books into ebook format – but that too is likewise going to take some significant amount of time that I can ill-afford right now.

— Tools-implementation: To again be blunt, the actual implementation of that is way out of my competency right now – no matter how urgent it may be (and is). The good news is that there’s a key meeting coming up at the end of this month, at which there’s a good chance we may see some much-needed progress on this. Watch This Space on that, I guess?

— Apps-implementation: Forget it for now, frankly. I’d love it to happen, and over the years I’ve done a lot of prep-work for it to happen – see, for example, the post ‘Five EA app ideas – anyone interested?‘ – but it’ll need serious investment, and so far no-one has even come close to rising to the challenge. Oh well.

A lot more happening, but I’d better stop there for now, I guess. Comments welcome as usual, anyway.

Postscript: If anyone’s wondering why this isn’t as image-laden and link-laden as usual, or why the links no longer have captions, I finally got round to ‘upgrading’ my WordPress installation – with the result that great chunks of the previous edit-functionality have disappeared…

In short, it’s a mess – probably the worst so-called ‘upgrade’ that I’ve ever seen. (At least, not since VicRail spent half a billion dollars ‘upgrading’ our line from two tracks to one: and yeah, they’re spending a similar amount right now to put the other line back in again…)

Normal Service Will Be Resumed once I’ve found an even halfway-usable way to to resolve it – but in the meantime, bear with me on this for now, if you would?