Lots of reasons, actually. And most of them pretty bleak ones, if I’m to be open about it.

The first reason is that – to again be blunt – I’m still burned-out on enterprise-architecture. And burn-out ain’t fun. Right now I’ve perhaps clawed it back up to maybe 30% productivity – and that’s on my good days. Which means that I have to be very careful about what I choose to do, otherwise I risk burning out entirely. Which would definitely be Not A Good Idea…

The second reason is that – to yet again be blunt – I’m gettin’ old. To give just one example, I’m just four years away from the age where I can only afford to travel if someone else is paying the travel-insurance. For someone who’s just gone through ten years of zero to negative income, that kind of puts the brakes on a lot of things. Literally.

Which brings me to the third reason, that – to once more be blunt – I’m skint. I’ve had a decade on almost no income. I’ve used up all of my reserves, almost all of my savings. Relative to almost any of my peers, I’m down by at least a million dollars / pounds / euros / whatever – solely because I’ve been trying to help make this field of enterprise-architecture into a profession, rather than a pathetic joke…

Blunt fact, though, is that most people in so-called ‘enterprise’-architecture still have little to no concept of the literal ‘the architecture of the enterprise’, but instead seem to be interested in just three things:

Or, in short, most so-called ‘enterprise’-architecture is a hyped-up kitten chasing after the shiny red dot of a laser-pointer that they darn well ought to know they’ll never catch that way: 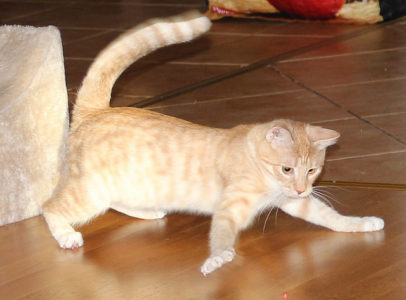 Which, yes, might be fun to watch for a short while, but otherwise pointlessly stupid for everyone involved.

And I’m utterly fed up with that kind of stupid…

Especially as the effort of trying to get people beyond that kind of stupid has both driven me to burnout, and driven me all but broke: 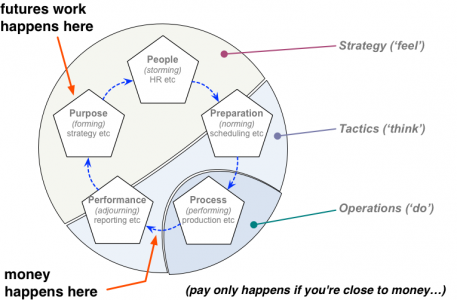 Which brings me back to the purpose of this proposed Patreon.

I thought it might be helpful to start the “brainstorming” around what might be valued by different players as part of a subscription service.
For my part, I am not particularly interested in exclusive access or earlier access, but I am interested in:
a) your latest thinking because it provides an indication as to which aspects of EA are causing problems and which aspects are being addressed by leading thinkers
b) a quarterly update on emerging issues, whether they are issues you are addressing or simply issues you have found others are currently struggling with
c) latest articles and books in which there is strong content worth spending time reading and reflecting on
d) key issues emerging at events and conferences (especially because we don’t get the same exposure here in Australia)

But that’s not me. Not any more.

(If that is what you want, and want it done well, try following someone such as Joe McKendrick, for example.)

That’s not what this is about – for the simple reason that trying to do all of that is exactly what has driven me burned-out and broke. Or, to summarise my own experience, over the past decade, for each of Peter’s suggestions above:

For that specific scope, my only notable income has been from producing my own books on enterprise-architecture and the like. Each has taken typically six months to a year each to research, write, illustrate and publish. And the total income from all of my enterprise-architecture books so far averages around USD$1-2k per year. Do the math on that: it’s not exactly viable…

To be blunt, a Patreon isn’t likely to make much of a dent in that – not when the typical Patreon pledge works out as less than USD$10 per year. I know I do have a significant following in enterprise-architecture and the like, but for any level beyond the most casual of interest it’s probably still only in the high-tens to low-hundreds worldwide. Yet at that rate I’d need thousands of such ‘patrons’ to make a viable income via Patreon from the enterprise-architecture domain on its own.

Who don’t exist. Not yet, at least. Way too specialist a market. And even within that, most of the people who are interested in that part of my work are still right out at the leading edge of a subset of a subset of a market, where the mainstream of that market is being actively maintained as a meaningless mess.

Which is why I’ve had to stop doing much of anything that Peter suggests above.

Which is why I need to widen my market. A lot.

Which is why I’ve been rebranding myself as ‘a maker of tools for change‘ – such as:

That’s a much bigger market. At the least, much larger than so-called ‘enterprise’-architecture.

A market that, via Patreon, might well be large enough to pay for the graphic designers and others that I need in order to make those tools more usable and useful for that market. And maybe with enough left over to maybe make it possible for me to have some kind of living too. Maybe.

But to continue to do what Peter asks for above? Nope, sorry. Can’t do it. I’ve been saying for years that I can’t afford to do that any more – and after yet more years since then on zero-to-negative income, I really can’t afford it any more. I need to change direction. No choice, now.

And to again be blunt, even ‘maker of tools for change’ is more about finishing off up my past work and making it more useful. It’s about other people’s futures, rather than my own. After too many years of too-selfless sacrifice for others’ futures, when they mostly weren’t even interested anyway, it’s almost at the point where I can’t be bothered any more. That’s the other reason it’s called ‘the bucket-list’: it’s time for me to move on. All of that decade’s-worth of work is now sitting in the trash-bucket, and if no-one’s interested in funding any of it enough to make it worthwhile to pull it back out of the trash-bucket, out into the trash is where it will go. Oh well.

But yeah, reality is that I cannot afford to keep chasing the sunk-cost fallacy any further on this – especially not endlessly until I kick the bucket myself…

So it’s become more like a public-service exercise for me right now. I do believe that all of the items in that ‘bucket-list’ will be genuinely useful to a lot of people – especially if we can put in the effort to finish them off. And if people do want it, and are willing to pay something real towards helping it happen, then yes, it’s worth finishing off. I do owe that to everyone, I’ll acknowledge that. But after, for me, a full-on decade and more of heartache and misery and relentless mockery and abuse about it all, you’ll understand why my heart isn’t much in it any more?

I’ll admit, too, that right now I’m much more interested in my other upcoming Patreon, on the Viner Codex project*, with its tag-line of ‘Weird politics. Weird plant-things. Weird battles in which nobody dies’. [*Note: right now the Viner Codex website is a very preliminary prototype, not ‘finished’!] More and more people now are saying that they’ve never seen a storyworld that’s anything like it, that it’s genuinely unique and new – and important to them, too. They want to see it succeed. By contrast, only rarely have I had that kind of response from anyone in ‘enterprise’-architecture, about my too-many-years of work there…

For Viner Codex, people get interested enough – excited, even – to want to get engaged in the story, to contribute their own examples and illustrations for the ideas that underly it. Such as, for example, these sketches by Joseph Chittenden, of an imagined ‘viner’-created irrigation-pump and plough:

And it’s actually fun – a lot of fun, for me at least, and for most others too. Which is more than I can say for most ‘enterprise’-architecture?

So yes, I’ll finish off that work on that ‘bucket-list’ of tools for change – if I can raise enough on Patreon and/or elsewhere to make it feasible to do so. But, no, I can’t and won’t be doing much more on any of Peter’s list of requests above: that’s not what that Patreon is about. I can’t afford – in almost any sense of ‘afford’, now – to do much if anything more on that any more.

Yes, I’ll keep my promises. Yes, I’ll continue to support the domain of real enterprise-architecture – the literal ‘the architecture of the enterprise’ – as best I can. You have my promise on that.

15 Comments on “The bucket-list – some home-truths”