We clashed. Often. With gusto. Gleefully. Joyfully. Even horribly, at times. But boy, was it worth it! 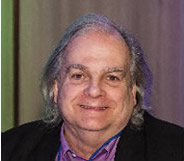 This week I was much saddened to hear, via Andrew Josey and the Open Group blog, of the passing of two of their most stalwart members, John Spencer and Len Fehskens.

I knew John a little, though not well: we never worked together as such. We met a few times at Open Group conferences, but that was about it. To me he seemed calm and calming, quietly courteous, always listening carefully, respectfully, even to a half-crazy guy like me. Easy to like; easy to respect; a good man.

We first met around a decade ago, at some Open Group conference – perhaps Paris, perhaps Lisbon, I can’t remember which. Certainly we’d talked enough by late 2008 to make worthwhile a one-day dash over to Munich to hear Len and Walter Stahlecker to present on extending enterprise-architecture beyond IT:

To address the architectures of things outside the domain of IT, we need a concept of architecture that is not technological, and that is expressed in nontechnical language.

That turned out to be prescient, yes, but alas, it also turned out to be way too premature. Even now, almost a full decade later, mainstream ‘enterprise’-architecture still hasn’t gotten anywhere near breaking out of the IT-centric box. Oh well.

From then on, though, he and I sparred often, about every aspect of enterprise-architecture, for both us always with the aim of pushing the field onward as far and as well as we could.

So yes, we clashed. Lots. You’ll see a lot of that in the comments-sections on this blog, and even in the ‘Conversation with…’ sort-of-interview / sort-of-shared-biography that he did with me for the Journal Association of Enterprise Architects. We had a lot of fun with that.

Passionate? Yep, sure. No doubt about that. Lots. Both of us. A lot of fun with that, too, though I’ll admit that the passion did boil over a bit too much at times – more from my side than his, I’ll also admit. Our biggest clash was about the role of the Open Group in enterprise-architecture: I believed – and largely still do – that Open Group, and TOGAF in particular, have caused enormous, permanent and possibly irreparable damage to the profession of enterprise-architecture, whereas in his role as Open Group’s VP of Skills and Capabilities, Len was more than duty-bound to protect them. Our interactions got more than a bit testy over that for a while. My fault, mostly. Oh well.

Over the past year, though, we’d got it back on keel – we were back to quieter challenges, about terminologies, about fractality, about pushing the field onward again. That was good – very good.

Then a month or two ago I’d mildly noted that he’d stopped replying back. I thought nothing of it – it’d happened before, some distraction or other, he’d be back again soon enough, no doubt. But then this week, the realisation that he wouldn’t. Be back. Not any more.

That’s a loss that hurts…

Hurts all of us, in enterprise-architecture and beyond.

I’ll miss Len, a lot. His demands for precision and rigour, even in the midst of inherent-uncertainty, were the best help I could ever have had: if my work is useful in enterprise-architecture, that’s due in no small part to him.

Yet ‘missing someone’ seems too selfish, somehow. What we might do instead is celebrate what he did, how much he cared. Which he did. They both did – both Len and John.

So thank you: many thanks to both for the gifts of their presence and lives, and my best regards and thanks to their families and friends.

9 Comments on “Len Fehskens – In Memoriam”