What’s happening with that set of change-guidance tools that I’d nicknamed ‘The bucket list‘? What progress is being made to make them more accessible, more usable?

The short answer: quite a lot.

In particular, with huge thanks to our patrons over on Patreon, we now have a certain amount of funding to pay for a graphic designer (hence ‘we’ rather than ‘I’ 🙂 ) to work with me on this on a sort-of-continuous basis.

I thought it would be useful to set up a habit of giving a monthly report on what’s happening over there on those Patreon-funded developments. Hence this post…

Probably the main challenge throughout all of this is to find a better way to tame the front end of Damien Newton’s ‘the Squiggle’:

Or perhaps not so much tame it, as learn to work with the Squiggle’s wildness – rather than trying to ‘control’ it (which doesn’t work) or abandoning ourselves to its inherent chaos (which rarely works well).

If you’ve been following this weblog over the years, there are perhaps six key models in the ‘bucket-list’ that could be used as ‘the core’ around which everything revolves. We spent several weeks going back and forth across that set, the result of which is that from now on we’ll use Five Elements as the ‘master-checklist’ that links everything else together:

…though these days we’re aiming to make it more human-centred – literally so: 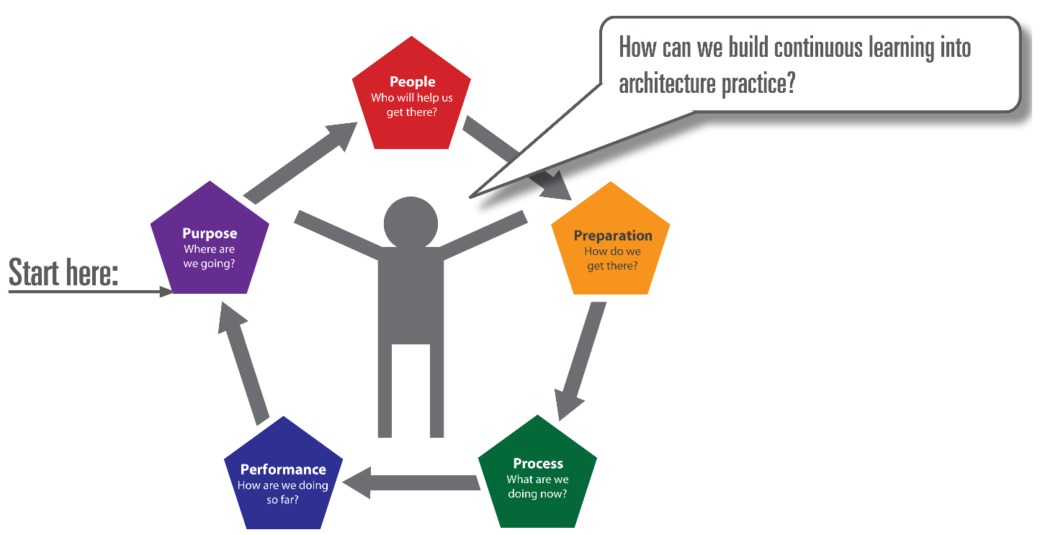 I won’t go here into the details of the reasoning behind that choice for ‘master-checklist’ (though I covered here some of the requirements for this, a year or so ago, in the ‘Towards a whole-enterprise architecture standard’ series of posts). Some of the key points, though, are that, like almost all of the ‘bucket-list’ tools, Five Elements is fully fractal, and it also already links well with the nature of the Squiggle:

(Note that that graphic is just an overview of the Five Elements pattern over the Squiggle as a whole. Remember that it’s fractal – the same pattern occurs at every scale, and at every moment within even the most intense back-and-forth within the Squiggle itself.)

This gives us a quick, consistent checklist that applies at every moment of an action, at every scope and scale, and that helps us keep constant track of concerns such as this:

What we’ve now added is a metaphor of ‘tool-cabinets’, with one for each of the Five Element ‘stations’ or domains. This gives us a means to connect to the Five Elements cycle not just the ‘bucket-list’ tools, but any tool – Business Model Canvas, for example, or TOGAF, or even (heaven forbid!) SWOT and suchlike – and make them all work together as a unified whole.

(Again, there’s a lot more detail on how all of that actually works in practice, including how it could be implemented into enterprise-architecture toolsets such as Archi – but that’s a topic for other posts at a later time.)

Overall, it is going well. We’d aim to have a proper beta-release of a basic set of new materials for this Five Elements-based approach by the end of the coming month (October), with a formal public release by the end of November.

The real point, and reality, of ‘the bucket-list’ is that I can’t do all of this on my own any more. At the very least, we need funding to pay for graphic-designers, instructional-designers, software-developers and more – because those are things that I know I don’t do well (or as well as others – put it that way, at least). I’ll keep working on it on my own as best I can, of course, but if we don’t get the funding we need, much of this may happen too slowly to make enough of a difference, and some of it might never be completed at all. So please, do join us on Patreon: you’ll not only help to make this happen, but you’ll see much more of the development as it happens – and perhaps join in with it, too?

Thanks again to everyone – and especially those patrons on Patreon! – for all their help so far; and more to follow on this as we go along.