If we’re trying to make sense of systems, our greatest enemy is fragmentation.

Or, to be more precise, the type of fragmentation that arises from misuse of analysis. 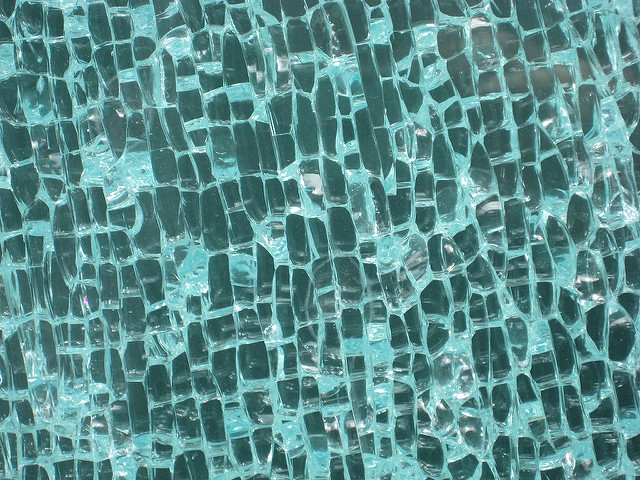 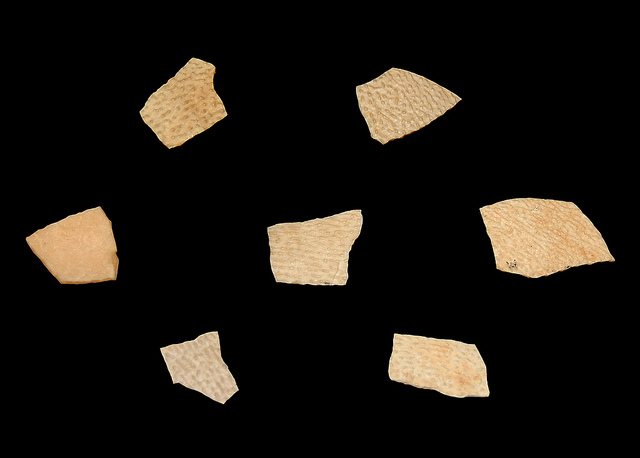 That’s the state of most of our organisations: split up into silos, fragmented again and again by hierarchies, fiefdoms and misplaced hope and hype, connections broken, pieces missing, endlessly dotting the joins. And a myriad of tools that each work well with only one type of content, one type of context, one specialism, one silo – and all of them in their well-meant way further contributing to the chaos, every darn step of the way.

Not A Good Idea…?

So what can we do about it? In my case, it’s been about building tools that do acknowledge the whole-as-whole – tools that work the same way with every type of content, in every context, in every scope, at every scale, every level, every step of implementation. Tools that are designed to support analysis, yes, but also to help link things together again, into that unified whole.

Tools such as Five Elements, as a method for guiding change:

Tools such as SCAN, to help make sense of uncertainty:

Tools such as Enterprise Canvas, a consistent way to describe the world – or any aspect of it – in terms of services and service-relationships: 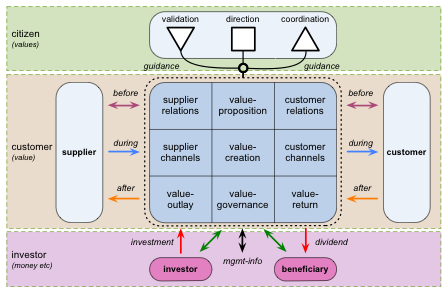 For the past year, I’ve been working on a major rewrite of all of those tools, to make them more accessible to a general audience. It’s at the point now where we’re getting ready to go to market with them – with a chance to make a real difference in the way people work with change.

But there’s a catch – because that same darn fragmentation rears its ugly head again. Except this time it’s in the form of marketing.

There’s definitely a ‘unique selling point’ that connects all of the tools in the suite. The trick is that we take the usual assumptions about how tools work, and turn them on their head. Most existing tools start with the content, or the context, or both, and then bring a method to bear on that predefined content or whatever. What we do is that we start with a predefined type of question – for example, for SCAN, “How do we make sense of complexity in any given context?” – and then, when we hit up against that kind of question in a context, apply the related method, bringing to the method the respective content, content and more. And we can plug in any other existing method into that platform, as long as we can tweak them to work the same kind of way – linked to question first, then context and content. Which means that all of those methods then can and do work the same way with every type of content, context and more.

Which, since our whole aim is to connect things together, is exactly what we don’t want to do. That in fact, by definition, we should not do.

Yet they won’t shift. Can’t sell the same thing to everyone, they say. Doesn’t work like that. No-one would believe you.

In other words, what they’re telling us is that to sell the idea, we must first betray the idea. Betray everything it stands for. And then build a marketing-campaign upon that betrayal.

Not for me, at any rate.

Yes, there is a sort of ‘market-segment’: the tools would be useful only to those people who are facing some kind of change. That’s a point where some kind of ‘market-positioning’ might be made. Even though, by definition, it’ll still ultimately be everyone, there’s a sort-of ‘segment’ there.

And there’s that distinct ‘unique selling-proposition’ – that this is, at last, a ‘platform-approach’ to tools-for-change, that really can work the same way, everywhere, for everyone.

But how do we ‘sell’ that, without falling into the same fragmentation-mistake that these tools are designed to prevent?

I don’t know any more. I’m out of my league here, out of my depth: if there’s one field I definitely don’t know, it’s marketing.

So if you have any ideas or suggestions on this, please let me know?

6 Comments on “Against fragmentation”